I never dreamt that one day, I can step foot in Western China.  It happened by coincidence as one of my friends got relocated for work in Chengdu, China. As he traveled for work, I had a chance to visit him twice in Chengdu. This story will be about my first time step foots in Chengdu, the capital of Sichuan Province.

It was winter when I first arrived in Chengdu after my 6 hours flight from Kuala Lumpur last March 2016. And as expected, it wasn’t that cold despite the fell of snow. I arrived around 9-10 in the evening in Chengdu Shuangliu International Airport and went to the immigrations then soon after went to my hotel. I didn’t expect that Chengdu will be a metropolis like Shanghai, full of night lights and tall buildings, but I was surprised that skyscrapers surround Chengdu. 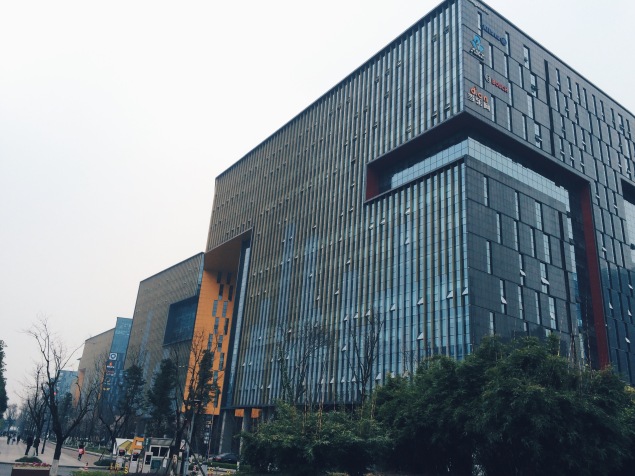 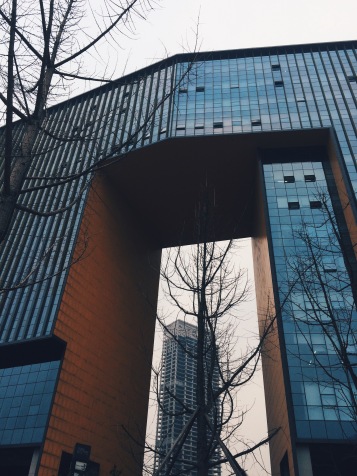 I checked in at Minyoun Central Hotel, in Jinjiang district of Chengdu. This hotel is situated near the city center of Chengdu. The room was decently modern and beautiful in concept and also decent for its size. 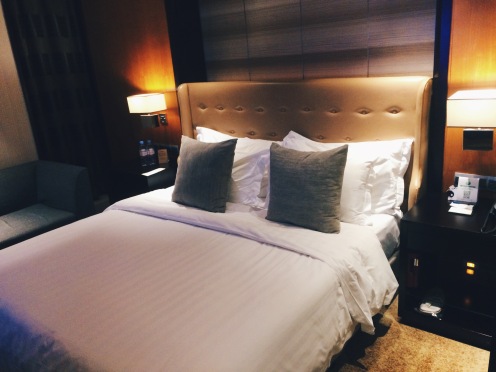 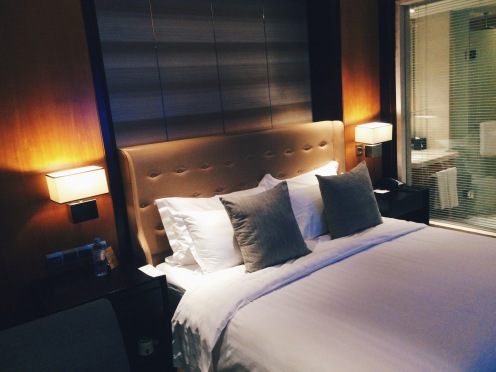 As the morning came, I started my journey and explored the city. My first stop was in Tianfu Square. Tianfu Square, known as the symbol of Chengdu, is located in the city center. Being the largest city square in southwest China, it enjoys similar position and fame in Sichuan as Tiannanmen Square in Beijing. With an area of 105,687 square yards (88,368 square meters), the square is a special sight encircled by skyscrapers. It is said that you didn’t visit Chengdu if you weren’t able to see the beauty of Tianfu Square.

Chengdu’s known for its laid back vibe. Modernization didn’t change the norms, traditions and the lifestyles of the people. That park was still the main place for meeting your friends, gatherings and social interactions among locals and tourists. Another destination known in Chengdu is its first park called Renmin Park. This park is well known to locals and it’s enjoyable to see people relaxing just by taking their rest under the shades of their trees, take pleasure on reading books, drinking their comforting green tea or playing mahjong with friends. Aside from that, it is also common to see seniors gather in the park to hold all kinds of activities like dancing, singing or playing chess. Renmin Park is not just a tourist attraction but an epitome of their local life. 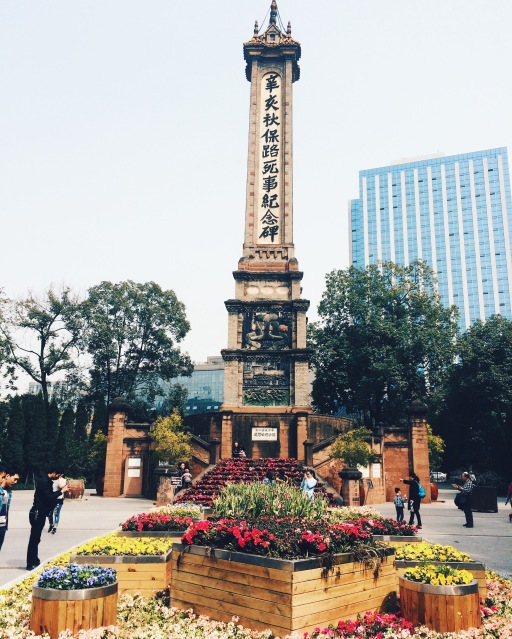 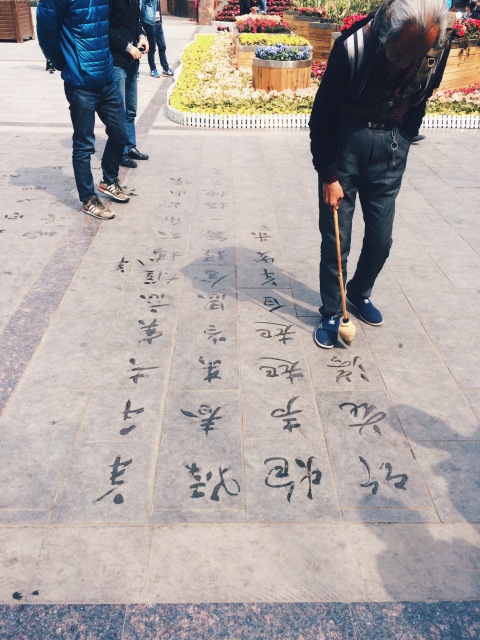 As the afternoon hit the city, I was eager to enjoy my Chinese tea-houses experience. Chengdu has its long tradition being China’s pre-eminent city of tea-houses (chadian).  Chinese tea ceremony was born as a result of their respect for nature and need for peace seen on their religious ceremonies done in the province. Formerly, tea-houses are a customary venue for weddings or other traditional routine ceremonies. Nowadays Chadians are now adapting to change and from being a traditional events place, it has become a venue for socialization. During my tea-house escapade, my personal choice for the best Tea-house was in Chengdu Folk Inn- Software Park. 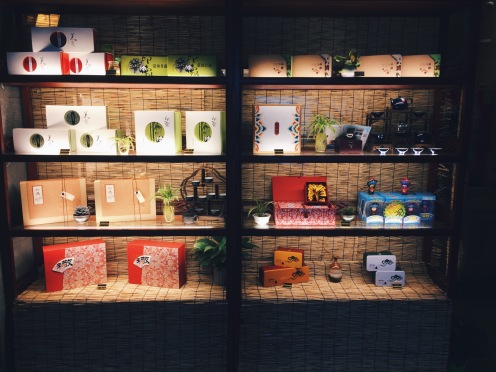 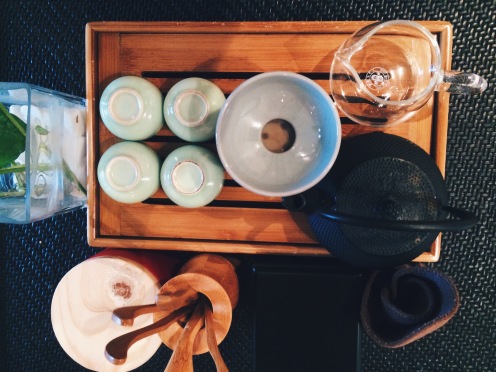 Tea’s ceremony arrangement
Address: 63 Shenxian Shu South Road, Chengdu, China, 610041
Phone: +86 28 8603 0282
With China’s booming economy as the country’s government policy opens for import business in the mainland, Chengdu has also paved its way to the change in economy. International’s brands are pouring in the city. Chengdu being the capital of Sichuan province, it has become the local’s shopping district. One best example is Chunxi Road wherein from street that was originally built in 1924 mainly to connect two commercial centers, the East Street and Mercantile Corporation; and after nearly a century of change, it is now the shopping mecca of Chengdu.

The next day, we have decided to visit Anshun Bridge. It is considered to be one of the best and the most ancient of arched bridges ever constructed. The bridge which crosses the charming Jin River should be on your list of ‘things to see’ if you happen to head over China. 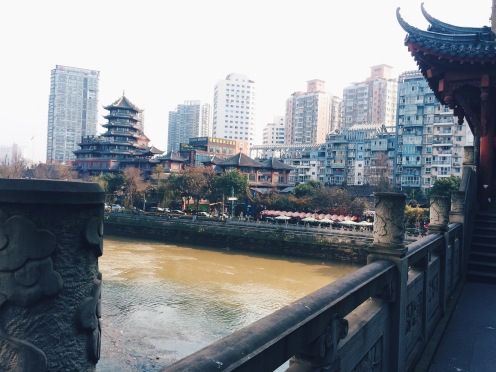 From the top of Anshun Bridge 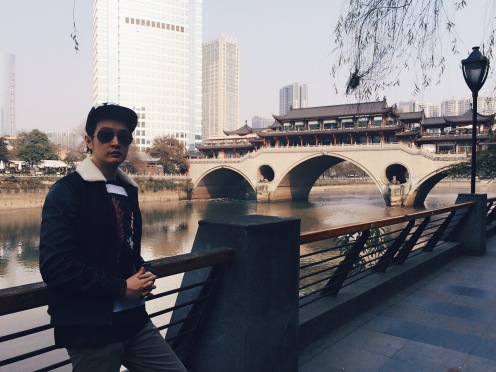 As night came, we arrived in the oldest street in Chengdu called Jinli Ancient Street. It is known to be “The First Street of Shu Kingdom”, and it also well-known for snack street in Chengdu. The ambiance was like stepping back into the past. Jinli Ancient Street was well presented and is historically brilliant. Having my evening stroll was extremely beautiful as I take pleasure in the picturesque walkway well-lighted by lanterns together with wonderful street performances. 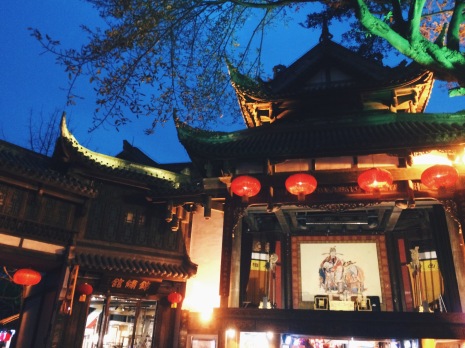 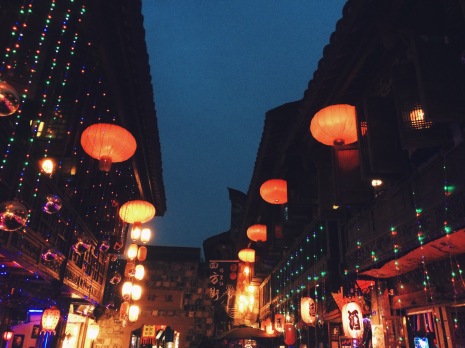 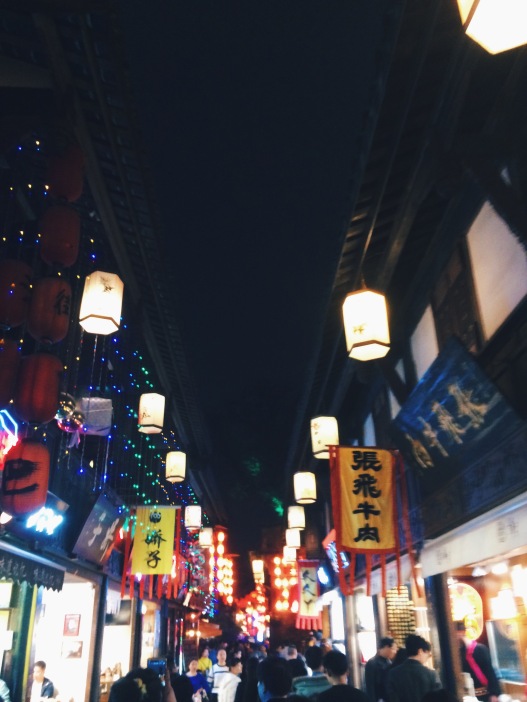 You will find bars and street snacks here

Furthermore, growing up watching Animal Planet, Pandas has become one of my favorite animals. Knowing that, I became even excited for tomorrow as I am about to see real pandas! As my morning started, it’s hard to hide the excitement on meeting China’s most famous resident, the Giant Panda. Located 6 miles (10 km) away from downtown, I visited Chengdu Research Base, a venue imitating the natural habitat and environment of Giant Pandas that is well maintained to help and encourage Giant Pandas to rear and breed their kind for our future generation to see. 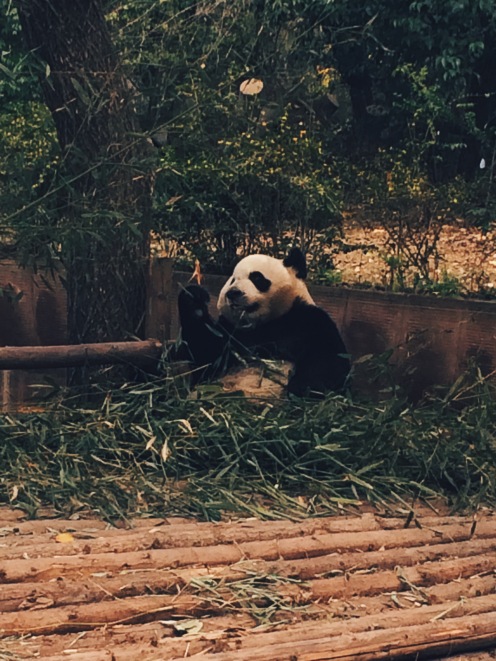 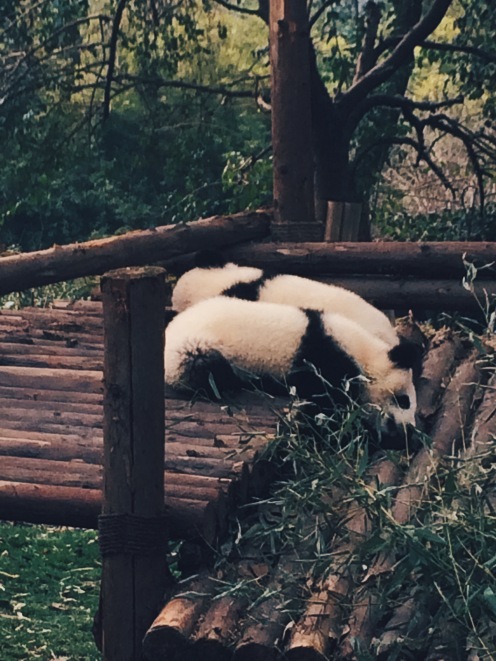 After my days spent in the beautiful province of Chengdu, I have made a realization of this trip. Despite the fact that Chengdu’s old wooden buildings and narrow streets have been largely replaced by skyscrapers and shopping malls, the city retains it’s easygoing Sichuan charm. It’s a pleasure exploring its green parks, busy temples, bustling outdoor markets, open-air restaurants and jumbled side streets. In addition, Chengdu now became one of my favorite cities. I for the second time have come back to the city’s old-new charm. (to be continued to 2nd Chapters)

Leave a Reply to The Mesh Guy Cancel reply